Be Humble: A Lesson from a Run

I've crossed paths with him many times while out running. An older guy, running slowly but smoothly.  We've acknowledged each other with a wave.  Up until yesterday, we'd never spoken.

"How old are you? he asked as I came up beside him. 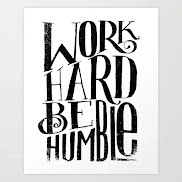 "74" he responded easily without breaking stride.

"Dam" I said to myself.  "He makes running look so easy".

As I moved ahead, I called out, "I want to be just like you".

Later that day as I reflected on that brief exchange, I got thinking...

I've been feeling pretty cocky since the kids gave me a Samsung Active 2 for my birthday.  Running 6:20 km's comfortably with the occasional 5:20/km speedy bursts.  I've become obsessed with running the last kilometer the fastest.  Once back home, I've stared at the run stats after they've synced with my phone.  I've even dreamt about running even faster times.  And yet, there was this guy running not much slower than the times I was celebrating...and he was 11 years older!

In running and in life it's so easy to get caught up competing with others. A bigger house, nicer car, larger TV, newer smartphone...you know, 'Keeping up with the Jones's'.  What a foolish game! No matter how good you are at your job, how blessed you are accumulating money, how good your health is, there is always someone somewhere better at your job, richer than you are, in better health!

Be humble.  Accept what you have and leverage your strengths and abilities as far as you can take them! And through it all, remain humble!