If I had $1 for every time I've heard that I'd have...well not a Million Dollars but several thousands at least.  Non runners just don't get the joy of running.  They talk about about how boring it must be to just run.  "You mean that's it?  No ball or bat or anything?"  Nope!  I've spent so much time responding that I've exhausted just about all explanations.  Now I just say that running is like Scotch:  It's an acqired taste.  And out on a long, tough run thinking about a 'wee dram' of good Single Malt has gotten me through more times than not. 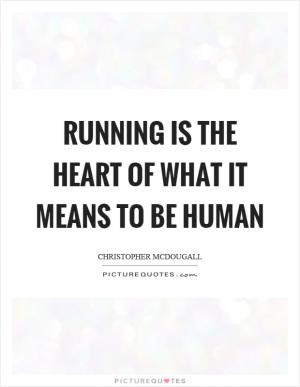 My fellow runners will get this.  Non-runners probably not.  If you've read the book by Christopher McDougall, Born to Run, you'll definitely that running is the heart of what makes humans Human. I love the theory that it's actually at the heart of our evolutionary superiority. 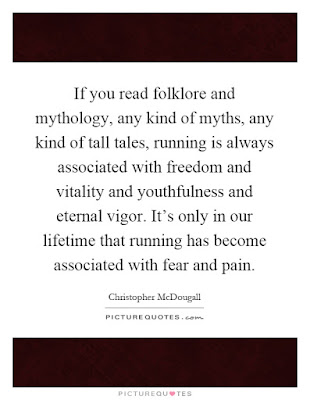 Not all evolution is good however.  Want to save the planet, get everyone running again.  Or at least walking.  With so much of the First World decidely NOT RUNNING, is it any wonder we've got so bloated?  On every level!
Gotta go...for a run!
Until next time...
ThatRunninGuy

at July 25, 2017
Email ThisBlogThis!Share to TwitterShare to FacebookShare to Pinterest
Labels: Born to Run, Running
Location: Toronto, ON, Canada