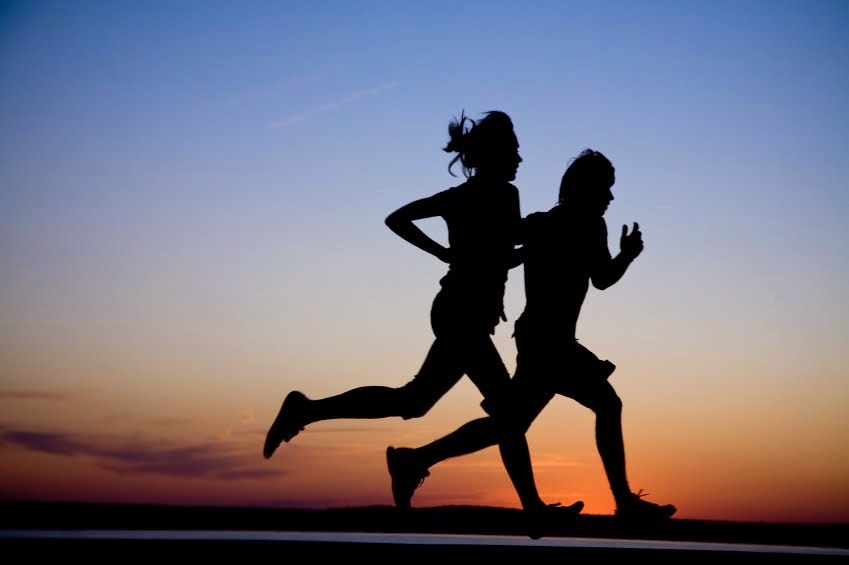 I'm the poster boy for how to screw up the simple activity of running!  Three years of foot injuries beginning with Plantar Fasciitis leading to two rounds of broken foot bones is the result.

A few years ago I decided to change my running style.  I was caught up in the barefoot/minimalist running craze.  I wanted to be one of the cool kids.  Ignoring the fact that I had been running relatively injury-free for over 25 years, I totally absorbed myself in making the transition.  Never mind that there was really nothing wrong with my running style.

It began with 'Born to Run'.  This is the story of Caballo Blanco and his experience with the Tarahumara Indians of the Copper Canyon region of Mexico.  These guys run basically barefoot up and down treacherous mountains.  They've been doing it for eons!  Great book...I took it too seriously to heart.

Next up was the theory that the crucial advantage humans have over every other mammal is that we can out run them.  We're not the fastest but we have the most endurance.  Again without any shoes to speak of humans can 'run all day' tracking animals and basically wearing them out.  Lots of Googling, documentaries and books on the subject.

With that spinning around in my head I began the transition from heel strike to forefoot running.  And the trouble began almost immediately.  I was ignorant to it, or too stubborn to stop.

At the time we were living in Wasaga Beach and had the benefit of miles of hard-packed sandy beach to run on.  I figured that running barefoot on the hard-but-soft surface would be a good way to speed the transition to forefoot running.  With my existing running shoes at that time, I made the abrupt transition to forefoot running.  I figured that the combination of beach and road running would get me through the transition. Unfortunately I went too fast.

Running is inherently a high-impact activity.  Bones, joints, muscles and tendons all take a beating. After 25 years of training my body to run a certain way, the transition to the forefoot style was simply too fast.  The basic difference between forefoot running and heel strike running are the muscles and tendons that are affected.  They are different.  Landing on the forefoot stretches the calf, Achilles and Plantar muscles and tendons differently than in the heel strike style.  Plus landing on the forefoot puts increased pressure on the much smaller bones in the forefoot area of the foot.  The injury to the Plantar in my right foot combined with my move to running shoes with less and less support contributed to the foot injuries I experienced next. The injuries affected the right side of my body:  all the injuries have been to my right foot...I've had no similar problems with my left foot.

Plain and simple, I've been overthinking my running.  Enough already!

I love running.  I want to keep running for a few more years. Yes I want to be that old running guy shuffling along with a grin on my face. Once these broken bones heal again I'll be back to the running style I started with all those years ago.