Pumas on the Humber: First Ride in the Faas 500 Running Shoes 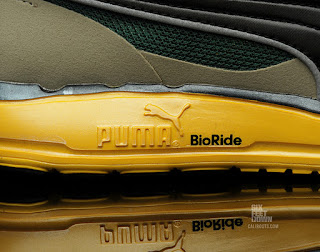 The cliff-side trails hugging the coast south of Coogie Beach, Sydney, Australia are near the top of my list of favourite places to run.  That's followed by running along the beach in Negril, Jamaica before the Reggae Marathon each December.  Recently though I've 'discovered' the trails along the Humber River in central Etobicoke steps from our new home. I can get to them literally running out the back of the property. That was the site of my first ride in the  Puma Faas 500 running shoes and it was fantastic!

With over 30 years of running behind me, I've run in every shoe manufactured and in most of the places I've visited.  I've run in Nike way back when the air bags were first out;  Reebok's without laces:  an air pump to tighten them up; Adidas multiple times; Asics on and off; Mizuno and Brooks of course. I'm not a professional running shoe reviewer so all I can share is my experience in running in them.  These are my second pair of Faas 500 running shoes and they delivered  on everything I liked about the first pair and more.  A fresh layer of snow had fallen the night before my first run in the Puma's.  The snow covered paved trail was covered in lightly packed snow and made the footing a little tricky but it was a great run in the new shoes:
I brought my video camera with me for this first run in the Pumas and shot a few videos of the magnificent trail system that hugs the Humber River.  Check out this one and listen to the ducks quacking:
Running along the Humber River may never top Coogie Beach in Australia or Negril beach before the Reggae Marathon in Jamaica but you just never know...