A day of running firsts on May 12

First of all the Sporting Life 10K this past Sunday morning was the first race Sally has driven me to in well over a year.  That is not trivial:  it was a 5:30 am wake up call for her on a cold Sunday morning.  And on Mother's Day to boot.  Yes, she really loves me.  Tia on the other hand just wanted to go for a car ride!

Getting to the start was an easy cross-town drive via a couple of side streets that got me very close to the baggage check truck just north of the Sporting Life store on Yonge Street.  Kudos for the race organizers for handling the bag check very well:  at the end of the race, all the checked bags were neatly lined up and organized according to race bib number.  I was able to get out of my wet running gear very quickly.  But I am ahead of myself...

27,000 runners is one extremely large group!

Thankfully the race organizers had it figured out very well.  We were placed in colour-coded start corals based on our expected finish times.  Then each group was sent off at 10 minute intervals.  Even with this set up, I was always running in a crowd.  But that was the thrill of it.

At 10 kilometres this first race in over a year wasn't a particularly challenging distance for me physically. Plus it was almost all downhill.  Mentally though it was a different matter.  Would I crack a previously injured foot bone?  Would my plantar issue rear it's nasty little head?  Would my calf muscles seize up?  With those thoughts buzzing through my head, my head kept me slow and steady for almost the entire race.  That was a first!  I did pick up the pace at the 8 K mark though and managed a sprint-to-the finish for the final 500 metres.

The post-race experience was a breeze:  through the finish chute quickly, medal over head, Gatorade, banana and bagel in quick order.  These race organizers had it down pat with enough volunteers to ensure there were no glitches.  The acid test though was the bag claim area.  There was absolutely no delay in picking out my bag and getting out of my wet gear quickly.  That was absolutely necessary since by then it was totally overcast and windy.  It was cold!

One final note:  I ran with one of my son's and his friends.  OK, let's try that again:  I was in the same race event as Court.  He was in the first starting wave just behind the Elites and burned up the course in just under 41 minutes.  That was truly fast.  Maybe if he actually trained...  It is a nice feeling to know that 'the kid' was out there though.  For fun here are the results:

So with the 25 year age difference I ran 50% slower and still placed in the top half in my age group.  I could have sworn there were more 'middle age' men running.  Not bad for the "Old Man' though.

Oh, and Sally, for my next race in October I'll take a cab.

I'm raising funds for the Heart & Stroke Foundation in 2013.  My goal is to raise $2,000 by December 31.  My other planned races in 2013 include:
Please join me on Facebook at Run for Heart.
at May 14, 2013
Email ThisBlogThis!Share to TwitterShare to FacebookShare to Pinterest
Labels: Inspirational Running, Sporting Life, Toronto Star
Location: Toronto, ON, Canada 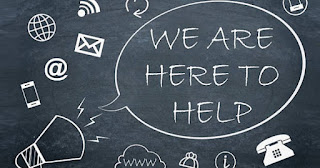