Took a ride on the Giant this week...and injured my foot 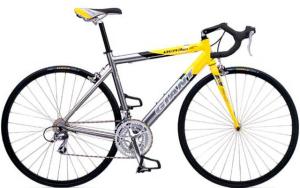 GIANT bicycle that is.  Dirty mind!

My good friend Brad who lives nearby suggested we go riding this summer.  For one reason or another we didn't get out for our first ride until this past week.  For my part, I confess I wasn't eager to go riding in Toronto with all the traffic.  But he told me we'd be riding mostly on paved trails along river valleys in some local parks so he hooked me.

This bike ride actually ride started last weekend when I went to our off-site storage locker to pick up the bike that had been carelessly stored since we became apartment dwellers.  Ahhh...the special pleasures of 'limited storage'.  Sally was very clear about this:  keep the bike, put it in off-site storage!  Not negotiable.

Flat tires and partially disassembled, I took my 'GIANT' to Brad's house a few days before the planned ride.  If could have spoken, it would have sighed and cracked a smile at being 'released'.

Then it got interesting.

If you know me at all you know that I had to incorporate some running into the bike ride.  And it was a simple plan:  do some speed work (10-20-30) running drills over the 2 miles from our place to Brad's before the bike ride.  Sally of course had her usual look when I informed her that I was skipping dinner with her and replacing it with a bottle of Powerade. She was not impressed!

The run started out well enough and I was through my 4th rep when I felt a 'twinge' in my right foot.  I didn't think anything of it at that time so pressed on.  I mean, there was a 'little' pain but it didn't feel too bad.  During the bike ride which was absolutely spectacular as we took in the trails of the Humber, the Kingsway and some other beautiful neighbourhoods on an absolutely perfect late summer evening I didn't feel pain at all.  It was only when I put my running shoes back on to run home that I knew something was amiss:  I couldn't take a step without some serious pain.  It turned out that on the run up to Brad I pulled a small muscle along the top of my foot.  Man was I pissed!  "When am I ever going to run without injuring myself again?"  I took Brad's kind offer of a ride home, tail between legs.

In my bad old days I would have continued to be upset.  I wrote this blog post instead.  Hey, I must be growing up...

++++++
Follow me on Facebook at Run for Heart.  Races for 2012: Scotiabank Toronto Waterfront 1/2 Marathon, October 14, Reggae Marathon, December 1
at August 30, 2012
Email ThisBlogThis!Share to TwitterShare to FacebookShare to Pinterest
Labels: Running