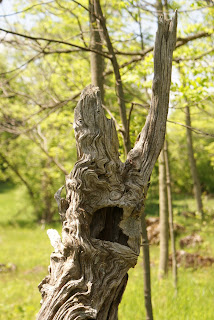 "One, two, three strikes you're out". That's how I felt after the experiences of the past year.

Strike One, I lost my job in August. Strike Two, my Dad passed away in September. Strike Three, the economy went into the dumpster in October. I was down but I knew I was not out. Its taken much of the past year to figure it out.

Strike One: I got fired. Laid off if you prefer that. I hated the job! I was a square peg in a round hole. I knew it before I started. The money was a big attraction, but the real reason was that I was running away. I've had lots of time over the past year to wallow in self pity and blame (I know how to play the victim very well now...not good).

The job I was running away from was one I didn't really want to take. Before I took it, I was absolutely determined never to work in an advertising agency again. Not that they were bad, but after 10 years in the Ad Agency business, I had done my time, change was under way and it was time for a new breed to take over. I felt like the Pete in 'MAD MEN': he knows his world is changing, but he can't or won't change with it.

It took 5 years for my obsolesce to play out. Changing advertising agencies sped up the process. What I didn't like was the process of getting the advertising made. What I liked was working with clients and staff on solving business problems. That's what got me in the business in the first place. I had forgotten that. My next 'job' will be helping people and businesses achieve their full potential.

Strike Two: Dad died. That was a bitch! Psychologists would have a field day with me. Way too much 'stuff' to get into in this blog. The nut of it was that I played second fiddle to him my whole life. As the 'good son', I felt I had to let him win. I stifled my true passions, beliefs and energy into doing 'just enough'.

Lots of thinking about this over the past year, much of it while running. Time to 'unleash the beast', to let it hang out. The only competition now is with myself. Duh! How far can I go? Who cares...I just want to have fun and enjoy the ride.

Strike Three: the economy tanked. Can't blame that any more with the recent news that we are out of the recession. I don't care anymore. I don't want to talk about the global or even national economy. I have met way too many people over the past year right here in Ontario who are surviving...forget that, who are doing well! They go about their business not seeking fame or glory. They are positive people who are working hard to grow their business. Too bad the media doesn't report that. I have ranted on this before. Enough talk, now action.

They say that the only sure things are death and taxes. How depressing. And stupid. The only thing that is certain is CHANGE. We have always lived in a 'time of change'. Just ask the indigenous Arawak Indians who inhabited Jamaica before Christopher Columbus 'discovered them' in 1492. Their world changed pretty quickly after he arrived.

The rate of change is the key.

Last fall I felt I couldn't stay ahead of the tsunami. I felt I was George Cluney in "The Perfect Storm". The bad news is that it was a perfect storm for me. The good news is that I survived. Now on with thriving.

Until next time...
at September 02, 2009
Email ThisBlogThis!Share to TwitterShare to FacebookShare to Pinterest
Labels: Living