Wasaga Beach Road Runners leave me in the dust

I joined the Wasaga Beach Road Runners last Sunday for my first run with them http://sites.google.com/site/wasagabeachroadrunners/. This was a first for me: I have never run with others, I have never been a member of a running club. I have run alone for the past 25 years. Sally says, "Run Christopher, run". I do run away, but I always come back home.
But I digress...
As you will by now know, I have decided to finish my first marathon in Negril on December 5. The plan was hatched when I decided to finish my 'unfinished marathon business'. The Reggae Marathon caught my imagination. I am dedicating the run to the memory of my late father, Carl (or CI to family and friends).
I realized relatively quickly however that I needed support. Despite my best efforts at fighting the 'age thing', I knew I would have to train smarter not harder. Enter the Wasaga Beach Road Runners club. My support group.
Well, they left me in the dust last Sunday. Literally. Except for the 15 minutes or so when Mike McCluskey was kind enough to walk/run with me on the return leg of the 60 minute run because I simply could not catch my breath, it was actually quite funny. There I was, an experienced runner, successful triathlon competitor falling behind on a LSD run. How the heck was I ever going to finish 42 kilometres in the heat of Negril this December?
The answer at first was humbling: I would have to stop, listen and learn from them.
By Tuesday morning I was re-energized and motivated once again. I went out for a longer-than-usual mid week run. Slightly faster than I usually go. Kept talking out loud as I ran along (that made for quite a sight I am sure) and returned home feeling great.
Thanks Mike and gang. Don't expect me to remain behind much longer. :)
at May 20, 2009
Email ThisBlogThis!Share to TwitterShare to FacebookShare to Pinterest
Labels: Running

A Rant About Refrigerators

This week I'm ranting about refrigerators.  Specifically the words used by refrigerator manufacturers to describe Standard versus Counte... 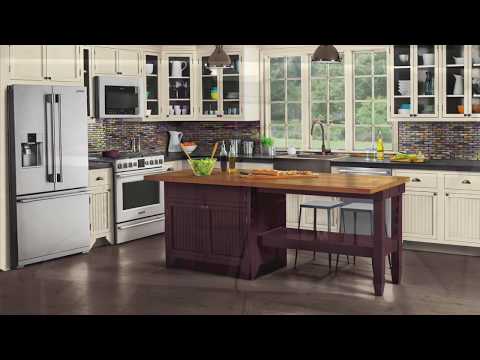