Pictures from our Italian Holiday

Italy was a magical trip for Sally and I. We touched down in Vienna before heading via train on a whirlwind tour of Venice, Florence and Rome.

Vienna was magical. I still can't believe the impracticality of essentially living on water.

Florence brought the Renaissance to life. It helped that I had boned-up on it before I left and read 'The Agony and the Ecstasy'.

Rome was simply too vast to explore properly on one trip. As a Catholic, St. Peter's Square is the centre of my universe. Although, the Jesuit Church across town was a must-see. 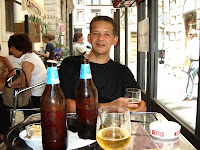 I appeared much younger then. Maybe it was the jet lag after a the long flight from Toronto. Probably the beer. 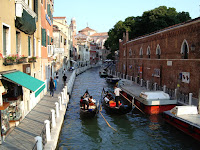 Venice is really a magical city. Who can really explain why they built the city on sand in the bay. It works 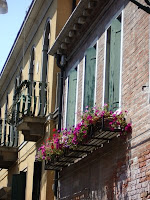 The softness of the light even at mid-day echos the simplicity of the decoration. 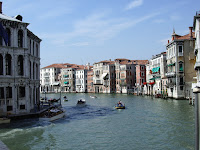 The Grand Canal on our way back to our hotel...far from the action...affordability was an issue. 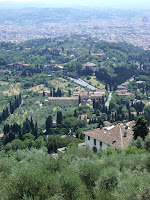 The hill country outside Florence. We imagined this was what Michelangelo saw. 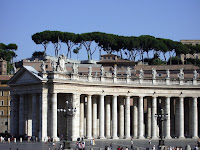 St. Peter's Square in Rome had a powerful influence.
These pictures were taken with our trusty Pentax Optio (http://pentax.ca/).
at March 28, 2009
Email ThisBlogThis!Share to TwitterShare to FacebookShare to Pinterest
Labels: Living