We've come a long way baby!  In the evolution of the modern running shoe that is.  Since humans started moving upright we ran barefoot.  And even in more modern times, 'shoes' were basically sandals...running shoes didn't exist.  Recreational running started the development of 'running shoes' as separate from regular shoes and technology has sped up advancements.  The 'wall of shoes' that we now face is impressive.

It's been fascinating to watch the development of running shoes over the past 30 years since I began running.  Over the next few weeks we'll take a journey back in time then into the future to look at the evolution of running shoes. 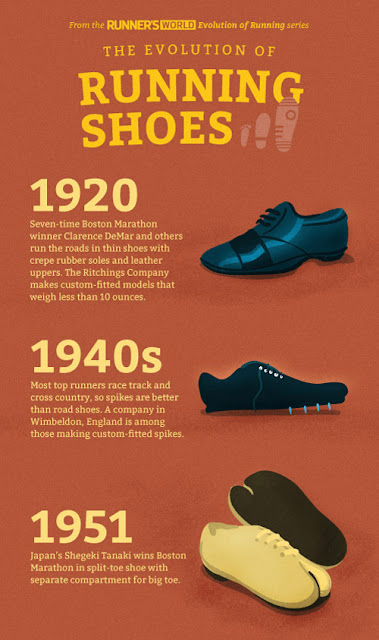