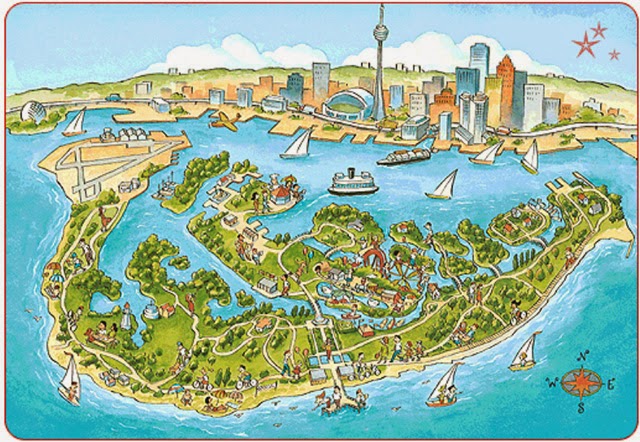 In the Greater Toronto Area, a Metropolitan area of over 3 million people stretching along the shore of Lake Ontario nearly 50 kilometres east to west and 25 kilometres north, runners have many options for running trails and paths away from cars and trucks.

One great place to run is on the trails on the Toronto Island, a short ferry ride from Downtown Toronto (that's a good illustration of Toronto Island on the left).  No vehicles at all and on the south side the trail turns into a Boardwalk that runs along the water and numerous beaches...in the summer a great way to end a run is with a refreshing swim in Lake Ontario.

Other trails include the Humber River Trail system that runs right by our home in Etobicoke.  The paved trail actually runs from well North of Highway 401 right down to Lake Ontario generally following the Humber River the entire way.  Where it meets Lake Ontario it joins with the Lakefront trail system that heads west into Mississauga and East right through Downtown Toronto and points East.  For more detailed information on the Running Trails in Toronto, check out this article from blogto:  The top 5 Running Trails in Toronto.

These two photos below capture the running experience of a couple of the Running Trails. 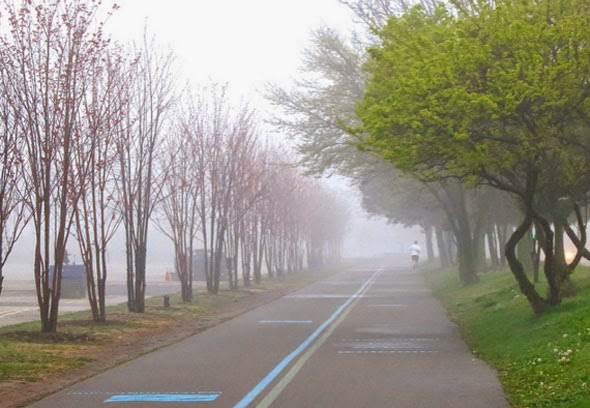 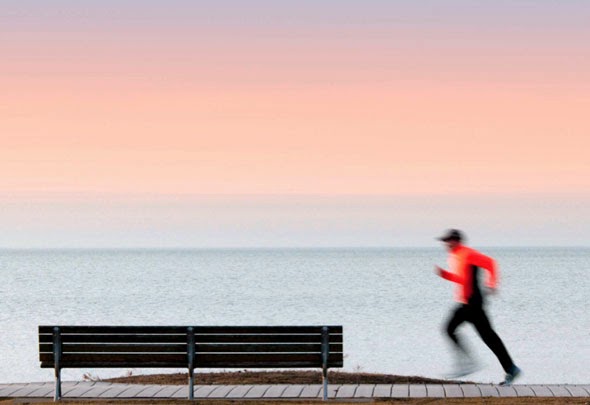 Until next time...
ThatRunninGuy
at April 29, 2014
Email ThisBlogThis!Share to TwitterShare to FacebookShare to Pinterest
Labels: Running, Toronto Running Trails
Location: Toronto, ON, Canada