The plan had been to spend the first day or so quietly relaxing in and around the city of Tours, France with my friend Tim who had been there studying for the past year. Did not happen that way.

Started with me getting on the wrong train at Gare d’Austerlitz in Paris for the hour or so trip to Tours. I checked and double checked the schedules and still got on the wrong train! I had a pre-paid ticket from Paris to Tours but got on the train that was non-stop to Bordeaux bypassing Tours entirely…

Of course I did not find that out until after we had left Paris. The conductor who checked my ticket was not amused.

Turned out to be a good guy though. And although he spoke little English and I spoke no French, we devised a plan to get me off the train.

In the town of Poitiers, about an hour south of Tours, I understood from him that the train would slow to a crawl to make it through the station. I had one chance to ‘disembark’: jump!

Don’t try this. But if you do, plan to land running!

My one piece of luggage and I managed to do this without incident and managed to purchase a ticket back to Tours.

Finally made it. 4 hours late. Great friend that he was, Tim met me at the station. The only way to thank him seemed obvious: go out drinking. But not until after he had whipped up a platter of his famous ‘Stove Top Nachos’. Didn’t want to drink on an empty stomach.

Stumbled back to his funky apartment in the center of the old section of Tours. Decided before we fell asleep to go for a run later that morning to ‘run it off’.

Got up around 9 am. This was not going to be fun.

We pulled on our running gear. No talking. Head pounding. Legs: never felt them.

We plodded out through the narrow, cobblestone streets and headed toward the Loire River and the trail that led into the country.

The half hour out was hell. Once into the countryside, we found ourselves on a dusty, quintessentially French country road. They do not tie up their dogs…amazing how fast you can run with a hangover.

The return leg back actually was quite pleasant. By then of course we had exorcised the demon alcohol (a couple of quick stops in the bushes). We ran smoothly along the river, actually started to converse. Finally started to enjoy the scenery: the light really is softer in France.

And of course, had to sprint to the finish.

Observations: Never jump off a moving train, never run after a night of drinking. If you do both, don’t think.
at December 18, 2008
Email ThisBlogThis!Share to TwitterShare to FacebookShare to Pinterest
Labels: Running 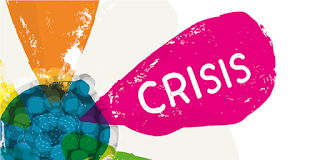