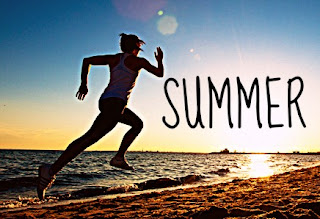 Summer running!  It's what I live for!  The hotter the better.  Coming back completely drenched after a run is the best feeling in the world.  I walk up the stairs to our apartment sparing any elevator riders from my healthy post-run 'scent'.

Now I must confess that I run very early in the morning...I'm usually out by 6 am when the sun is still low on the horizon and the temperature is moderate.  We experience high levels of humidity in Toronto in the summer so even temperatures in the high teens (Celsius) can feel 10 degrees warmer. Add in the big city air quality and some mornings it feels as is I'm eating the air.

The absolute hottest temperature I've ever run in was in Las Vegas.  On a business trip in August, the daytime highs were in the mid-40's.  They dropped overnight but only to the mid-30's.  It was a surreal experience stepping out of the frigid hotel lobby into the hot morning air...an immediate 15 degree temperature swing!

Since I'm out early, sunstroke isn't an issue.  Heatstroke is and I take great care to hydrate before, during and after my summer runs.  Plain tap water does the trick...some mornings I can't get enough. And while we're talking about hydration, I've started drinking a lot of water every day.  I start as soon as I get up with a tall glass and follow up throughout the day.  I still crave my diet colas but I'm drinking less...and that's a good thing.  Now if only I could do the same with my salty snacks.

at July 12, 2016 No comments:
Email ThisBlogThis!Share to TwitterShare to FacebookShare to Pinterest
Labels: Summer time running in Toronto
Location: Toronto, ON, Canada

The hotter the better actually.  And if I could, I'd run at high noon!  Call me crazy but I love running in the heat of the summer.

This past week in Toronto we were 'blessed' with ridiculously hot temperatures and humidity.  Air temperatures topped 30 C but with our high humidity it was the equivalent of 40 C.  Loved it!

Maybe it's the upbringing.  I grew up in Jamaica before moving to the Toronto area waaaaay back in 1972.  I can remember beach weekends in Discovery Bay and Port Antonio where it was too hot to walk on the sand.  And the drive to get there from home with no air conditioning in the car...now that was unbearable!

As kids in Jamaica we went to school from 8 am to 2:30 pm.  I know that end time sounds early but in late June before school let out for summer vacation I had difficulty staying awake after 1 pm it was so hot.  Well, that's my excuse for doing poorly on those subjects that we had after lunch.  And it explains why I do like Siestas (Siestas sound so much better than 'Nap Time for Grownups').

Running in the heat of the summer does have a couple of drawbacks for me though.  The first is that I sweat.  A lot.  I can loose litres of water on a long run on a hot day.  Easy solution though...I drink a lot of water before and after especially hot runs.

Sweating a lot leads to the second challenge:  where do I hang my running gear to dry?  Compounding this challenge is the fact that we live in an apartment.  Neither Sally or Tia are particularly fond of smelly T Shirts and Tights drying on the balcony each day.

I'm a summer person at heart.  I thrive on the heat.  I love running in the summer!

Until next time...ThatRunninGuy
++++++++++
I'm raising funds for the Heart & Stroke Foundation in 2013.  My goal is to raise $2,000 by December 31.  My planned races in 2013 include:
Please join me on Facebook at Run for Heart.
at July 23, 2013 No comments:
Email ThisBlogThis!Share to TwitterShare to FacebookShare to Pinterest
Labels: Inspirational Running, Mid-foot running, motivation, Running, Summer time running in Toronto
Location: Etobicoke, Toronto, ON, Canada

We had a little rain in Toronto last week! Messed up my Running!

That is a total understatement!  125 millimetres of rain fell in Toronto in under 2 hours.  Historically this is the most rain that has fallen in Toronto since...well since forever actually!  Even the torrential downpours of Hurricane Hazel didn't dump that much.  There was extensive flooding, power outages and general disruption  during the storm and for days after. 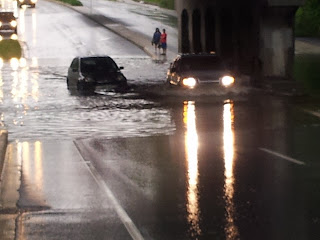 It negatively affected my running and my commuting but I only got my shoes wet.  This guy was not so lucky.  I took this photo shortly after the first deluge.  3+ feel of water accumulated in the underpass 50 metres south of the entrance to our apartment building.  Some vehicles made it through...not so lucky the SUV on the left.  Stalled at the depth of the water for 20 minutes.  When he was finally pushed out and opened his doors, water poured out.  Ouch, that's gotta hurt.  Going to be a challenge explaining that to his insurance company. 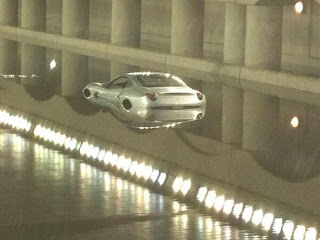 But nothing tops this guy.  There he was driving his $200K Ferrari at the height of the storm on his way to catch a plane. His car stalled and he didn't want to miss his flight!  What?  It was raining...planes were grounded!  Bright guy that he was he abandons his Ferrari as the water topped the wheel wells and told a reporter that he 'had a flight to catch'!  More money than brains...why does Ferrari sell cars to guys like this?  I can see the Craigslist vehicle ad now:  'Ferrari for sale.  Slight water damage.  Going cheap!"  Oh, and did you note that he left the windows open!


One good thing about all this rain and accompanying humidity:  great training for Negril and Reggae Marathon this December.  Actually with Humidex readings in the mid 30's Celsius, it will be cooler in Negril!


I'm raising funds for the Heart & Stroke Foundation in 2013.  My goal is to raise $2,000 by December 31.  My planned races in 2013 include:
Please join me on Facebook at Run for Heart.
at July 16, 2013 No comments:
Email ThisBlogThis!Share to TwitterShare to FacebookShare to Pinterest
Labels: Etobicoke, Inspirational Running, Inspirational running quotes, Mid-foot running, Reggae Marathon, Summer time running in Toronto
Location: Etobicoke, Toronto, ON, Canada

From Larry Savitch (@opus00)
so glad to have seen That first thing in the morning..

Navin Sadrigani (@navin48):
The 1st muffin was good to watch,the 2nd would have been good to read abt, at most

My cousin, Karin Wilson had this to say (@Yardedge):
Muffin tops only good 4 eating Nothing another reggae marathon won't take care off!

Navin waded back in (@navin48):
ha ha, funny to see everyone respond. You at least are now certain that you need to let go of both muffins :-) Cheers.

After I deleted the offending photo, Navin had this to say (@navin48):
And the world is normal again :-D

And Larry Savitch had the last word...or so he thought (@opus00):
I was diggin the pic, just not 1st thing in the morning, was a brave move to post 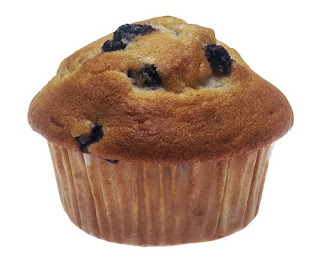 I'm raising funds for the Heart & Stroke Foundation in 2013.  My goal is to raise $2,000 by December 31.  My planned races in 2013 include:
Please join me on Facebook at Run for Heart.
at July 08, 2013 No comments:
Email ThisBlogThis!Share to TwitterShare to FacebookShare to Pinterest
Labels: Inspirational Running, Inspirational running quotes, motivation, Running, Summer time running in Toronto
Location: Etobicoke, Toronto, ON, Canada 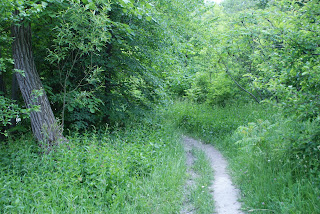 Last Saturday out on my first run in a new pair of running shoes, everything clicked:  breathing deeply and without gasping;  landing on my mid-foot with quick and light leg turnover.  I went out for a quick 6 km run but felt I could have run for miles.

It must have been the new shoes!  It sure wasn't a result of loosing all that 'jiggly muffin top' mid-rift weight that I enjoyed building up over the winter.  I'm still working on that.

Maybe it was the weather.  Not too hot or too cold...just right in the mid-teens Celsius with no humidity or wind.  And at that early hour of the morning, not another soul in sight.  OK, that may have had something to do with the trail well off the beaten path that I was running on.

I ran with not a care in my head not worried about speed or form.  It's runs like this that make up for those mornings when my legs feel like lead, my breathing comes in gasps and I dread taking the next step. "Why can't every run be like this?"
Until next time...
ThatRunninGuy
++++++++++

I'm raising funds for the Heart & Stroke Foundation in 2013.  My goal is to raise $2,000 by December 31.  My planned races in 2013 include:
Please join me on Facebook at Run for Heart.
at June 25, 2013 No comments:
Email ThisBlogThis!Share to TwitterShare to FacebookShare to Pinterest
Labels: Chi Running, Etobicoke, Mid-foot running, motivation, Summer time running in Toronto
Location: Etobicoke, Toronto, ON, Canada 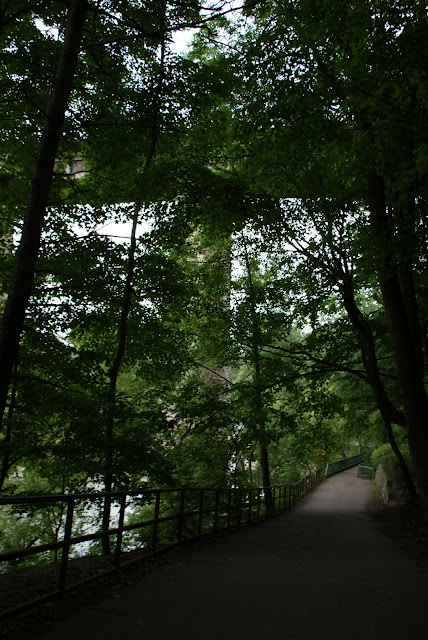 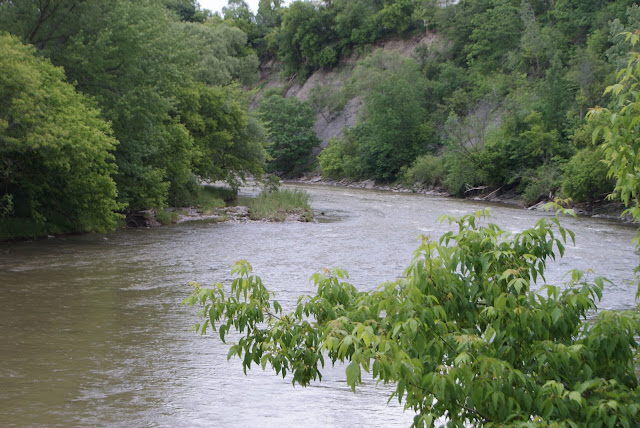 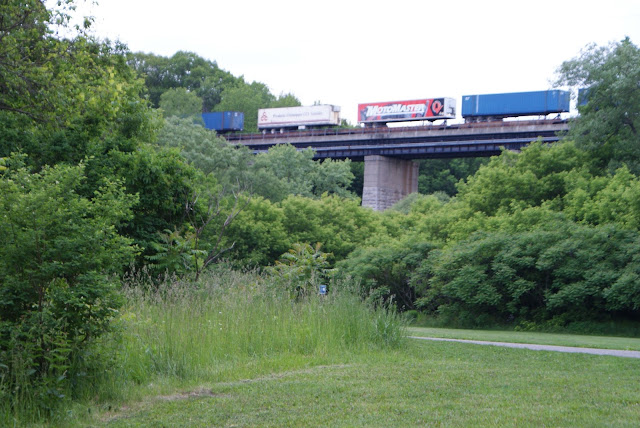 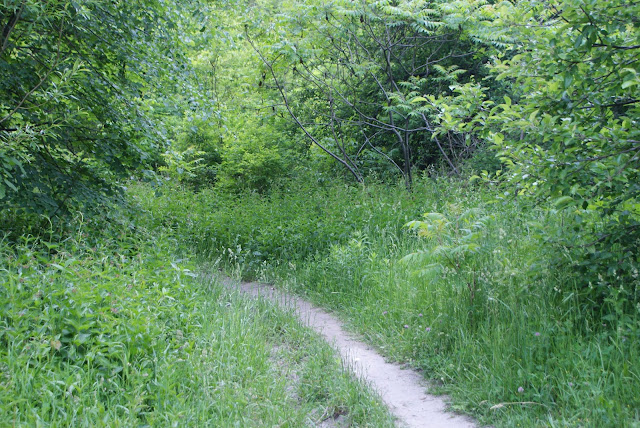 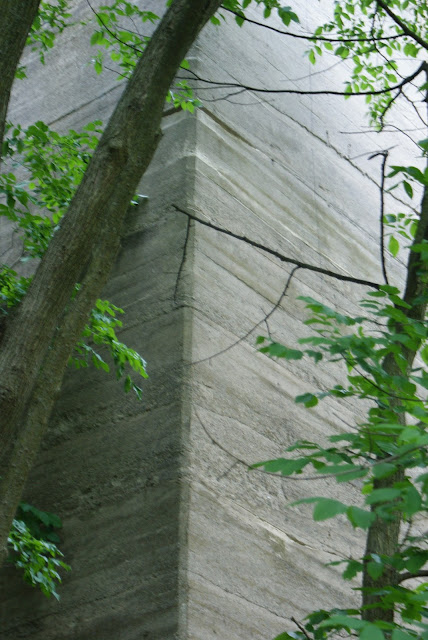 I'm raising funds for the Heart & Stroke Foundation in 2013.  My goal is to raise $2,000 by December 31.  My other planned races in 2013 include:Please join me on Facebook at Run for Heart.
at June 18, 2013 No comments:
Email ThisBlogThis!Share to TwitterShare to FacebookShare to Pinterest
Labels: Inspirational Running, Summer time running in Toronto
Location: Etobicoke, Toronto, ON, Canada
Older Posts Home
Subscribe to: Posts (Atom)