Press Release for my fund raising run in the Reggae Marathon 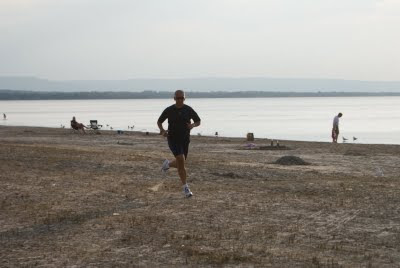 The word is spreading. The press release that was sent out last week to media in the Greater Barrie Area has resulted in my first interview. Based on that, I decided to post the the entire press release:

Wasaga Beach resident, Chris Morales, wants to see the end of diabetes and is willing to battle the heat and humidity of Jamaica, on top of the personal challenge of a full marathon, to do his part in the fight against diabetes. Organizing his run as a fundraiser in support of the Canadian Diabetes Association, Chris is running in honour of his father, Carl Morales, who passed away last September after living with diabetes for many years.

“My Dad lived with diabetes and suffered serious complications from it as well. This is my way of giving back.” says Chris Morales. Chris was born in Jamaica and his family moved to Canada in 1972. He chose the Reggae Marathon in Jamaica due to his Jamaican heritage.

This summer alone, 50,000 more Canadians will be diagnosed with diabetes, and more than 10,000 will die from its complications - diabetes is a very serious disease. Chris' goal is to raise $10,000 in pledges by the time he leaves for the marathon in December. If you'd like to pledge your support of this serious cause, call Chris at 422-1657 or send him words of encouragement by email at chris.morales@sympatico.ca. You can also pledge directly at the Barrie office of the Canadian Diabetes Association at (705) 737-3611 , 28

at August 13, 2009
Email ThisBlogThis!Share to TwitterShare to FacebookShare to Pinterest
Labels: Running